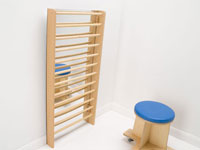 Conductive Education (CE) is a method of teaching children and adults with motor disorders. It treats the whole person, not just the brain injury or deficit. Conductive education practitioners believe that progress comes from a blend of medical treatment and education and they try to build a learning process that permeates throughout the patient’s life:

‘CE focuses on problem solving, looking at symptoms caused by the condition and finding techniques and strategies to help with overcoming these. However, alongside mobility skills, CE also places an equal focus on the development of self-confidence, self-esteem and social inclusion.’1 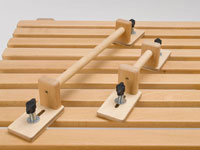 Each patient actively participates in the treatment and learns how to make connections to his or her body through a series of exercises. The practitioners, called ‘conductors’, teach the healthy part of the brain to take over from the damaged area. In this way, the patient can learn how to move. Many practitioners claim that this treatment can help stroke survivors many years after their stroke. However, it is a slow process.

Conductive education is usually a group-based treatment. It was developed by András Pető in Hungary in the 1940s. Since then, CE has been a popular choice for children with neurological problems, such as cerebral palsy.

The treatment focuses on a series of tasks. These are designed to improve basic movements at first, progressing towards more complex movements. This form of learning does not need sophisticated machinery. It uses simple tools, such as stools and hand rails, combined with the effort of the patient. Treatment times vary for stroke. We have found courses ranging from one week to nine weeks.